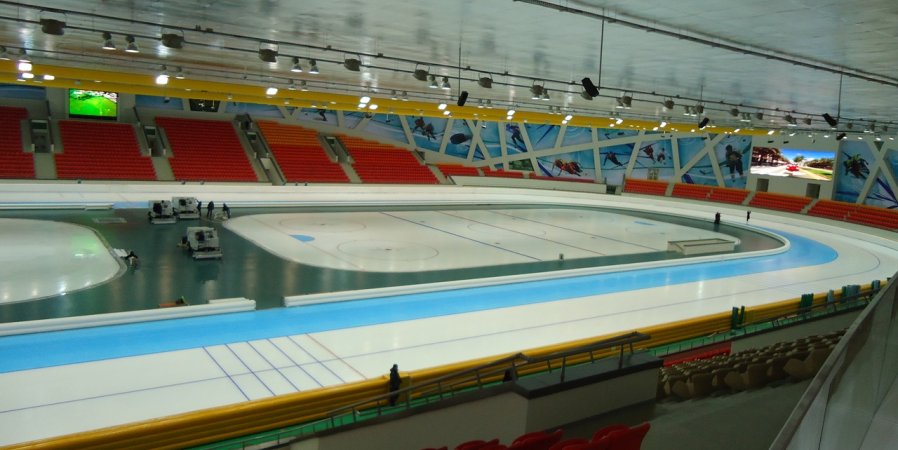 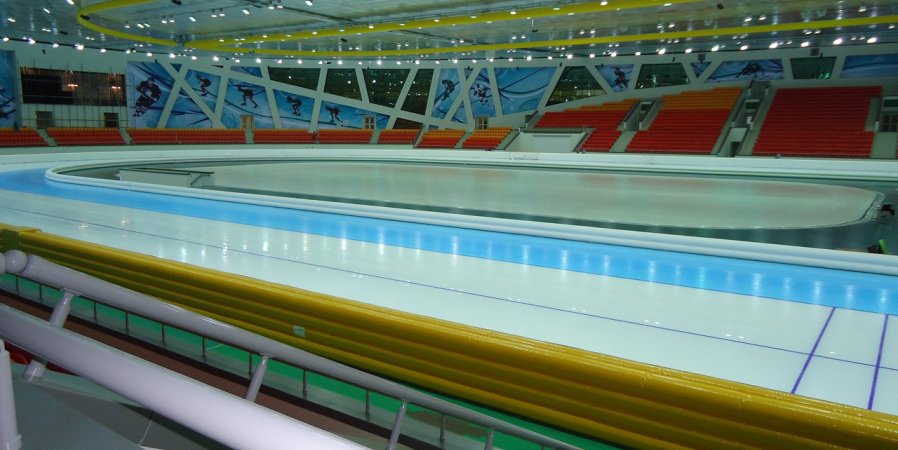 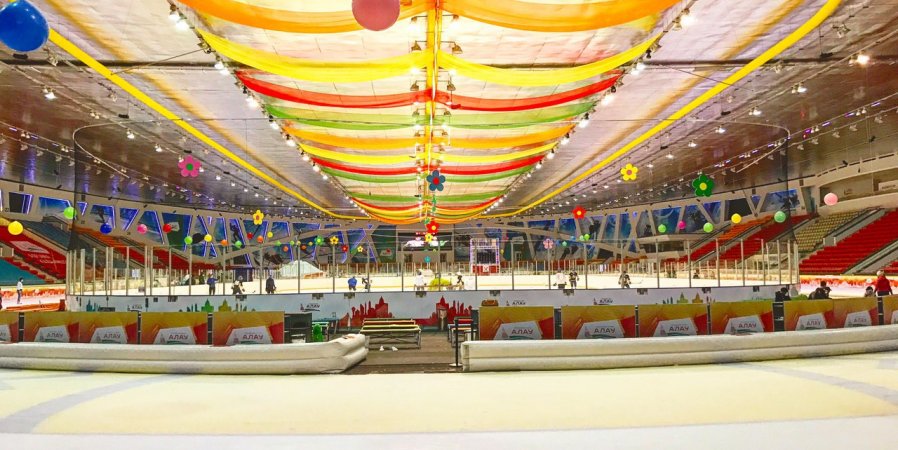 "Alau" is a unique sports facility, which is designed not only to serve the future Olympians, but to be a center of the development of mass sports."

State municipal government enterprise Ice Palace "Alau" created by order of the Akim of Nur-Sultan on the 5th of April 2010.

Before the start of the Asian Games 2011 an indoor skating stadium was built in Nur-Sultan. Construction of the ice palace "Alau" started in 2007 and completed in four years. Turkish company "Sembol" was a developer company of “Alau” project.

"Alau" is an world-class ice palace. Ice Palace equipped with modern facilities, allowing the creation of "fast ice". Thanks to a unique architecture and location "Alau" regarded as a sight of Nur-Sultan and the sport gates of the capital.

The ice arena is the heart of the Palace, which consists of a 400 meter ice track with stands for 7 462 spectators, two ice hockey courts, a jury room, a room for press conferences and eight changing rooms for athletes.

The staff of the palace sets a goal to become one of the best flat skating rinks in the world. During the 7th Asian Winter Games on the ice of “Alau” was set 9 continental records. Ice Palace ranked 8th place (out of 641possible places) in world rating of speed skating stadiums.

2015  –  the world championship in the winter Olympic sport «World All-round Speed Skating Championships» for the first time in Kazakhstan history. Participation was accepted by famous athletes from 15 countries.

From 2011 Champion’s ice is available to amateurs. On the days of Mass Skating everyone is allowed to skate. «Мass Skating» season open from October till April, and from May starts “Summer sport center” project and ends in August. More than 700 000 people already visited both projects from the beginning (October, 2017). The main philosophy of “Alau” is to make winter soprt more popular in Nur-Sultan, and develop mass sport.

Thanks to unique options of Arena, Ice palace successfully held big media events like «Red Bull Crashed Ice» and others.