ON WEEKDAYS, MASS SKATING IS HELD ONLY ON THE WARM-UP STRIP OF THE SKATING TRACK, IN CONNECTION WITH THE PREPARATION OF THE NATIONAL TEAM FOR THE WORLD CUP 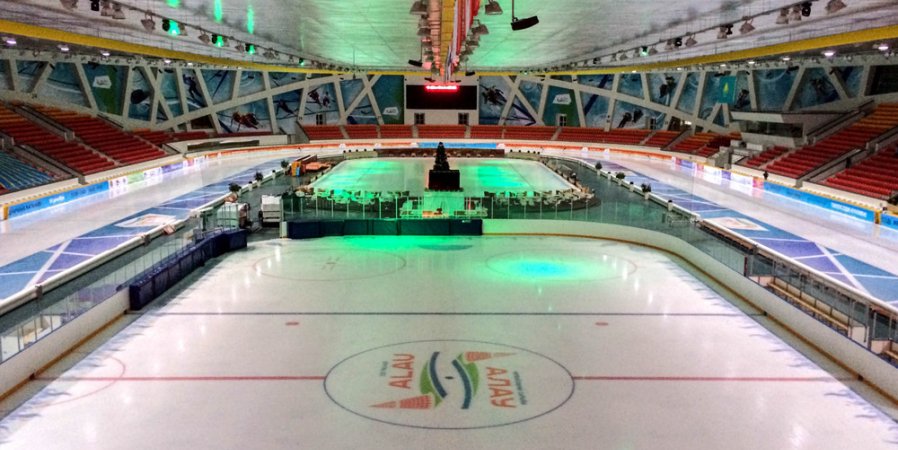 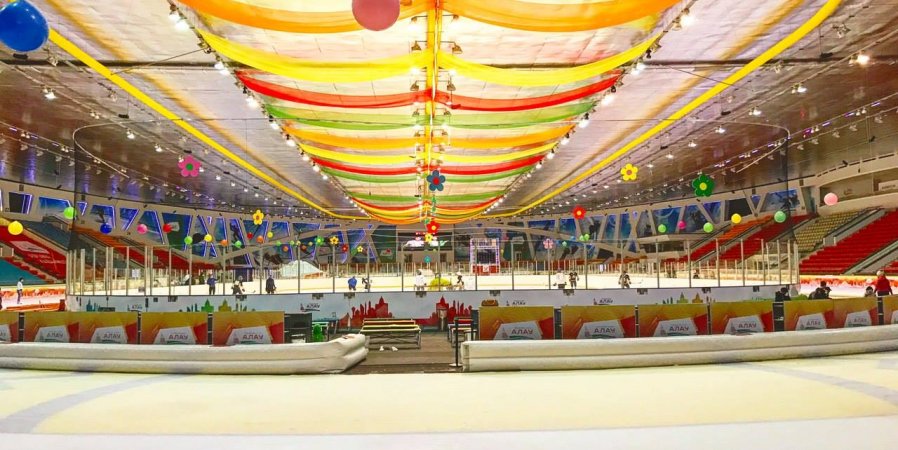 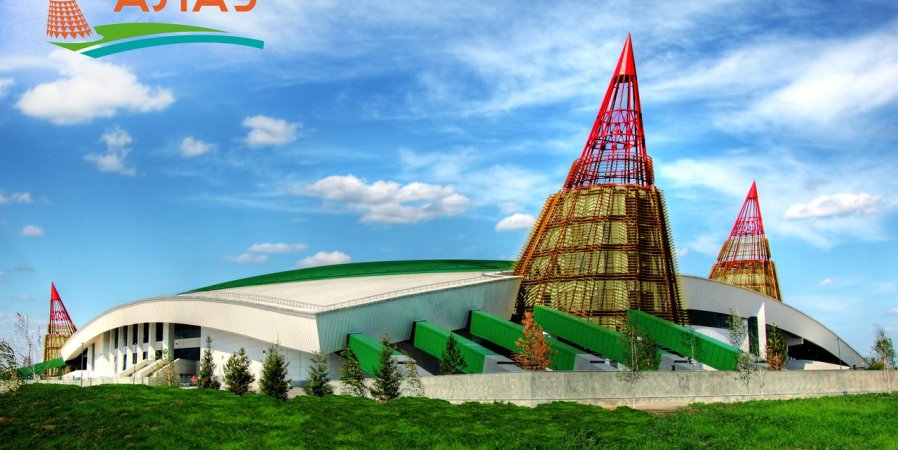 "Alau" – a unique sports facility, which is intended to serve not only future Olympiads, but also to become a center for the development of mass sports.
N.Nazarbaev

Champion’s ice for all!

State municipal government enterprise Ice Palace "Alau"
State institution "Department of tourism, Physical Culture and Sports of the city of Nur-Sultan" created by order of the Akim of Nur-Sultan on the 5th of April 2010.

"Alau" is an ice palace of world rank, equipped with ultramodern facilities, allowing the creation of "fast ice". Thanks to a unique architecture and location, "Alau" is rightly regarded as a sightseeing attraction and the sport gates of the capital.

The heart of the Palace is the ice arena, which consists of a 400 meter ice track with stands for 7 462 spectators, two ice hockey courts, a jury room, a room for press conferences and eight changing rooms for athletes.

The Palace is intended for hosting training and competitions in these sports:

Combining the modernity of the equipment and the uniqueness of the architectural project, the staff of IP “Alau” set a goal of entering the ranks of the best flatland rinks of the world. During the 7th Asian Winter Games 9 continental records were set on the Palace ice.”Alau” not only set a status as a forge for Kazakhstani records, but also took 17th place (out of 641possible places) in world rating of speed skating stadiums.

The Ice Palace holds major international competitions and training lessons. “Alau” trains students of Youth Sports Schools in speed skating, figure skating and ice hockey. After hosting the second phase of the ISU World Cup in speed skating, the champion’s ice will be available to amateurs – during days of mass skating, any person wishing to skate can do so, for a symbolic price.  This is the concept of mass accessibility, the task of which is to promote and popularize winter sports and contribute to the development of mass sports in Nur-Sultan.